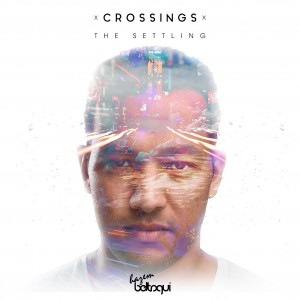 Hazem Beltagui is a prime example of an artist who has proven that it is not about fitting a certain mold or style; it’s about creating one. Hazem has pushed the boundaries of electronic music with his musical originality and fresh outlook. His unique and signature sound of “Melotrance” has catapulted him onto the electronic music scene and has set him apart from his peers, capturing the hearts of thousands of fans from around the world. A sure indicator of the impact Hazem Beltagui has made on the electronic music industry is the fact that he was voted #121 on the annual DJ Mag poll in 2014, only one year after he started his professional DJ career.

Hazem Beltagui’s outstanding musical creativity and unique melody-driven DJ sets have led him to headline grand venues such as Mandarine Tent in Buenos Aires (Argentina Debut), Ushuaia Ibiza (Spain Debut), Ministry of Sound London (UK Debut) and Colosseum Jakarta (Indonesia Debut). He has also had the opportunity and honor to showcase his diverse sound to thousands of fans at A State of Trance (ASOT) Festival 650, ASOT 700 and part-take in the Future Sound of Egypt world tour.

With the launch of his long-awaited compilation album “Crossings: The Settling”, forthcoming on the 12th of October 2015, Hazem is set to further spread his influence. Crossings will feature nineteen exclusive new tracks which include many works from Hazem Beltagui, under his “H4Z3” and “Dark Sahara” aliases. The album also features collaborations and remixes involving the likes of Christina Novelli, Jennifer Rene, Fractures, Gai Barone, Aurosonic, Adara, Aneym, Rebecca Louise Burch and exclusive new tracks from Pablo Artigas, Naian, MarShe, Nianaro, Somna and many more. The approach to the album is unique as it is a compilation marked by the large amount of original creations from Hazem regardless of the diversity of genres. From Deep House and Melodic Progressive to Trance and Psytrance Crossings is set to be a living proof that boundaries between genres are being challenged more than ever. It is also a demonstration of the deep, underground and melodic vibe that Hazem Beltagui has been striving to establish over the years.

After the excellently received album showcase for Mexico City’s leading radio station Beat 100.9 FM reaching a 2-Million audience and with the successful 6-hour solo set for the launching pre-party in Medellin Colombia in August 2015, Hazem has proven that the Crossings World Tour is going to be an unprecedented underground musical and visual experience that will probably set new standards in the world of electronic music. 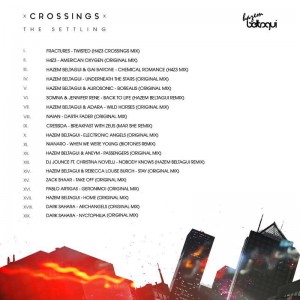 Airwave – In The Mix 007 – Progressive Sessions